Preface: Rich’s thoughts are expressed in a complexly formatted email that has seemed best to publish intact as screenshots, of which there are three.
Read more »
Posted by John Lofland at 9:53 AM 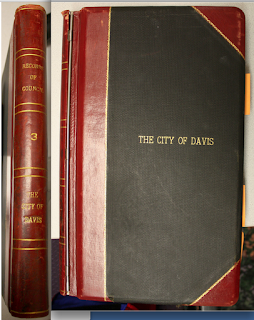 Part One tells the story of the Davis City Council’s “Anti-Japanese” Resolution of 1943.

Variations in the Degree to Which Groups Celebrate Their Histories: Reflections Prompted by Co-op History Festivities (81)

Having noticed this possibility, I began then to wonder if groups in general might vary in the degree to which they “do history”--that is, regularly celebrate their pasts.

1. With regard to Davis co-ops doing history, in 1997-98 considerable effort was put into creating a “Davis Cooperative Centennial.” There was a major exhibit at the Hattie Weber Museum of Davis. The plaza in front of the Davis Food Co-op was outfitted with a symbolic reference to the Toad Lane co-op founding location and a “Cooperative Century” clock was installed. On the same day as the dedication of the 5th & G Federal building, which drew high-level federal officials, these
Read more »
Posted by John Lofland at 9:36 AM

Email ThisBlogThis!Share to TwitterShare to FacebookShare to Pinterest
Labels: Co-ops

One could tear out each perforated card and send it individually or, better yet, send the entire booklet to someone in the envelope in which the booklet came and that was configured for mailing.

As shown in the photo named “Album,” one of these booklets was an “Album of Views of the State Farm at Davis, California.”
Read more »
Posted by John Lofland at 8:50 AM 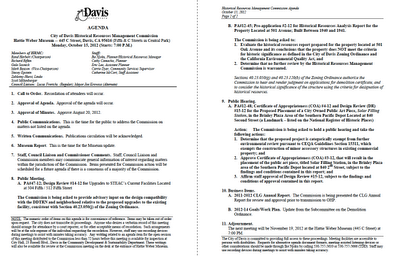 Many if not most innovations in Davis life have been the handiwork of brash newcomers rather than old-timers. Bowers Addition and Acres were, for example, the inspiration of recent arrival C. W. Bowers.

So, also, the landmark University House, formerly at Second and B Streets, was the creature of a Dr. Edwin Liebfreed. Unlike Bowers, though, Liebfreed did not even yet live in Davis the day in early 1915 when he was visiting here and he decided the town needed a three-story hotel.