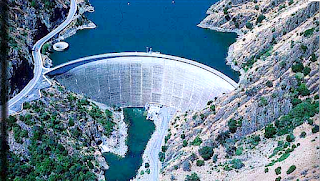 In publications and in chit-chat on Davis water in the recent period, a number of people have claimed that the Davis City Council once had an opportunity to obtain Putah/Berryessa utility water rights but decided against it.

Curious that such a seemingly important event was not among standard items in Davis histories, I decided to see if I could identity the month, day, and year on which this decision was made as well as other details on the matter. Did the Council decide against acquiring Putah water or not?

1. The Davis City Council. In addition to an intensive internet search in which I found no evidence of the Council dealing with the topic, the question was addressed to 12 people familiar with local water and/or City Council history matters (three of whom had published that Davis once had that opportunity).

None if the 12 offered evidence of such an event (including, yes,  the three who published the claim). I therefore tentatively conclude that the Davis City Council never addressed the question of Putah Creek water rights.

2. The “Evidence of Absence” Problem. Logic of inquiry scholars refer to this situation of inference as the “evidence of absence” problem. It is difficult if not impossible to show that something did not happen in a long and complex series of events that have not been data-based--which is the case for the history of the Davis City Council.

Even so, we might bring to bear the reasonableness test suggested by Irving Copi and shown in graphic 1 (reproduced from http://en.wikipedia.org/wiki/Evidence_of_absence).


3. The Wider Context. If we widen the context and enlarge the scale of the social organizations acting, we find that the official and popular account of Putah Creek water is that Solano County tried to organize a multi-county water project in which, for whatever reasons, Yolo County did not participate.

At the time in the 1940s when the fate of the water flowing in Putah Creek was being decided, the “players” were the governments of Lake, Napa, Yolo and Solano counties, the state of California, and the federal government. Social organizations as small as towns appeared marginal or even irrelevant (especially one named Monticello).

In the jockeying that went on, Solano was the lead player in seeking Putah Creek water. Part of both its motivation and power came from pleas for fresh water from the Navy at Vallejo and the Air Force at Fairfield, which gave the matter national security seriousness and priority.

At least four explanations of why a multi-county project failed have been proposed. Two of them are shown in the red-boxed passages in graphics 3, and 4.


I must stress that the accounts of “The Solano Project” reproduced here are official and/or popular in character. None is scholarly, by which I mean none provides evidence of having examined relevant documents created at the time and having made a credible, peer reviewed, and published assessment of them. Although such studies may exist, I have not found them. If someone knows of any, let us by all means bring them to light.

4. UCD, Davis, Putah Water. Some people have reasoned that because UCD obtained Putah water rights, Davis must have had the same access. This view overlooks a critical difference between the two entities. A major section of UCD land is in Solano County. This fact conferred Solano Project water rights (graphic 5). None of Davis is in Solano County.

(Indeed, since the original Putah channel was sealed in 1948 or before, Davis has been many miles away from Putah water. A transport structure of significant scale and length between the creek and Davis would be required for Davis to have Putah water. If an offer of access that Davis declined ever existed, at least preliminary visions of such a transport plan would likely have been drawn up. No one has reported one.)

5. Projecting the Present Onto the Past? The idea that the Davis City Council would have had an opportunity to acquire Putah Creek water rights might be another example of the tendency to construct images of how people acted in the past in terms of how people are acting in the present. So far as we know at this time, it is not accurate to project the structure of current Davis water dealings onto the Davis past