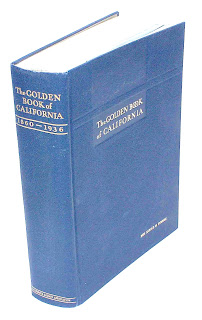 I recently had occasion to take my copy of The Golden Book of California, 1860-1936 in hand and to open it to the pages listing all University of California alumni living in Davis shortly before the book’s publication in 1937.

As you can see, UC alumni in Davis form a substantial list. It is so long, indeed, that I began to wonder if it did not make up good portion of the entire town.

DAVIS PERCENT UC ALUMNI
Curious, I could not resist counting the names. It comes to 418 (your count may vary).

There is then the classic question: “Is this a big number or a little number?”

By a liberal estimate, the entire population of Davis was about 1,600 in the mid-‘30s. If the proportion of them who were children was the same as for the state--37%--that leaves about 1,000 adults.


Therefore, in the mid-‘30s on-the-order of 40% of adults in Davis had had enough contact with the University of California to be considered alumni.

CALIFORNIA PERCENT UC ALUMNI
The key question is, a second time: “Is this a big number or a little number?” 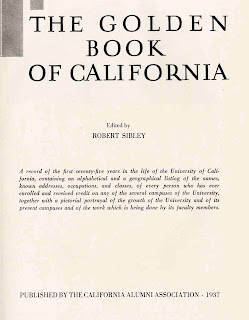 In the mid-‘30s, the California population was about 6.3 million, of which about 4 million were adults.

Comparing  40% to 2%, we can conclude that there were vastly more University of California alumni in Davis than in the state overall (and therefore in other California towns, on average).

DAVIS NON-UC ALUMNI
In addition, at least some UC faculty at the farm had never studied at UC and some non-UC alumni Davis townspeople had studied at other colleges or universities. These additional alumni could easily amount to another 10% of Davis, I would guess. 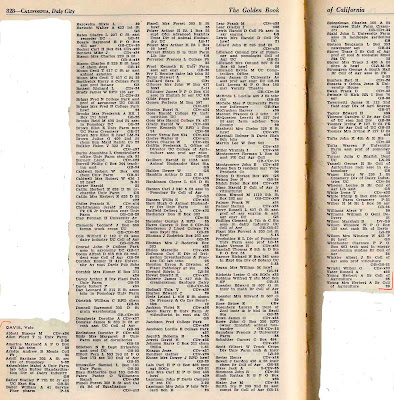 Therefore, perhaps half the adult population of Davis in the mid-’30s were alumni of institutions of higher education.

And here we need to ask for a third time: “Is that a big number or a little number?”

In 1940, just less than 5% of U.S. adults had completed college. Because UC counted everyone who was ever a UC student and not only graduates, let us posit that an additional 5% of Americans had “some college.”

So: Davis was, for the U. S. at that time, a highly educated community as measured by contact with “post-secondary” institutions.

EDUCATION & BABBITTRY
Before calculating these statistics, my assessment had been that the Davis of the 1930s moved strongly in the direction of the classic small Pre-WWII town. It exhibited many of the small-minded, myopic, and ethnocentric features seen in towns of its size across the U.S. in that period.

I had presumed that a low level of education had something to do with this battittry. But now I think I was wrong. Instead, higher education itself may have little or nothing to do with babbittry per se. To state the obvious once it is forced to one’s attention: “higher education” is itself is a highly variable thing and is delivered in many forms and emphases.

Davis’ tilt leftward after World War II (and that accelerated in the ‘70s) may have reflected shifts in the content of the higher education of Davis adults as much as the sheer amount of it they had.