On Remembering or Not Remembering Prominent Davis People: Reflections on the Obituary of William Henry Scott (115) 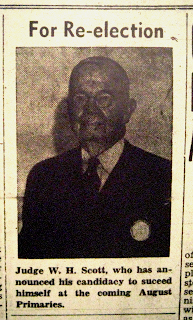 In the course of looking for something else in the 1942 Davis Enterprise, I happened onto an item announcing that William Henry Scott would once more stand for election as the Davis-area Justice of the Peace (image 1).

This small item caused me to realize that I have never done a post on Scott as a “major shaper” of Davis, even though I have done so on people like Calvin Covell and even A. Gordon Anderson.

So, I decided I would, at a minimum, post his obituary, which I expected to be like those on Covell and Anderson already posted here, a longish and highly appreciative essay on his life.

But, in reading it, I was surprised and disappointed to find a short, narrow and almost dismissive account (image 2).


Puzzling to me, it fails to convey that Scott was, as the editor and publisher of the Enterprise, the preeminent public voice of Davis for three and a half decades.

As Larkey observes in her excellent history of Davis, “he not only administered local justice but dictated to the conscience of the community through weekly editorials that repeatedly advocated civic improvement and registered a sense of great pride in the developing city” (Davisville ’68. p. 76).

My surprise and disappointment about this obituary then caused me to remember that I have observed this same oddness among obituaries of some other well-known Davisites.

Although I have not done a systematic quantitative comparison, my impression is that the scale and effusiveness (or lack thereof) of the obituaries of once prominent people are a function of two variables.

Second, major social upheavals change collective mindsets about what has happened in a town and what is, or was, important. The more I look at Davis history, the more I am struck that World War II represented the end the one order and the the start of a new one. At his death in 1951, Scott was “history” in the pejorative sense of “that’s history.”

The new--and newly arriving--elites of an exploding Davis viewed the “old boys” of the “G Street crowd” (of which Scott was a key figure) as old fashioned, passé and even a little immoral. The ethos of organizations such as the newly formed League of Women Voters promoted ideas that moved in more open, inclusive and  “good government” civic directions. 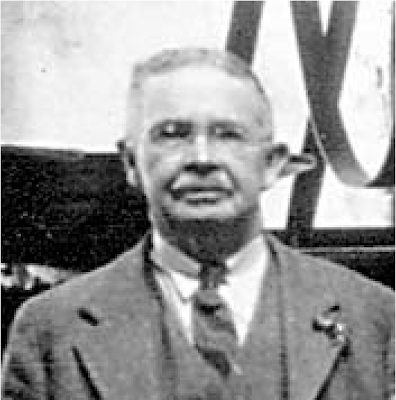