The March, 1941 Davis Telephone Directory: A Frozen Moment Near the End of Small America (151) 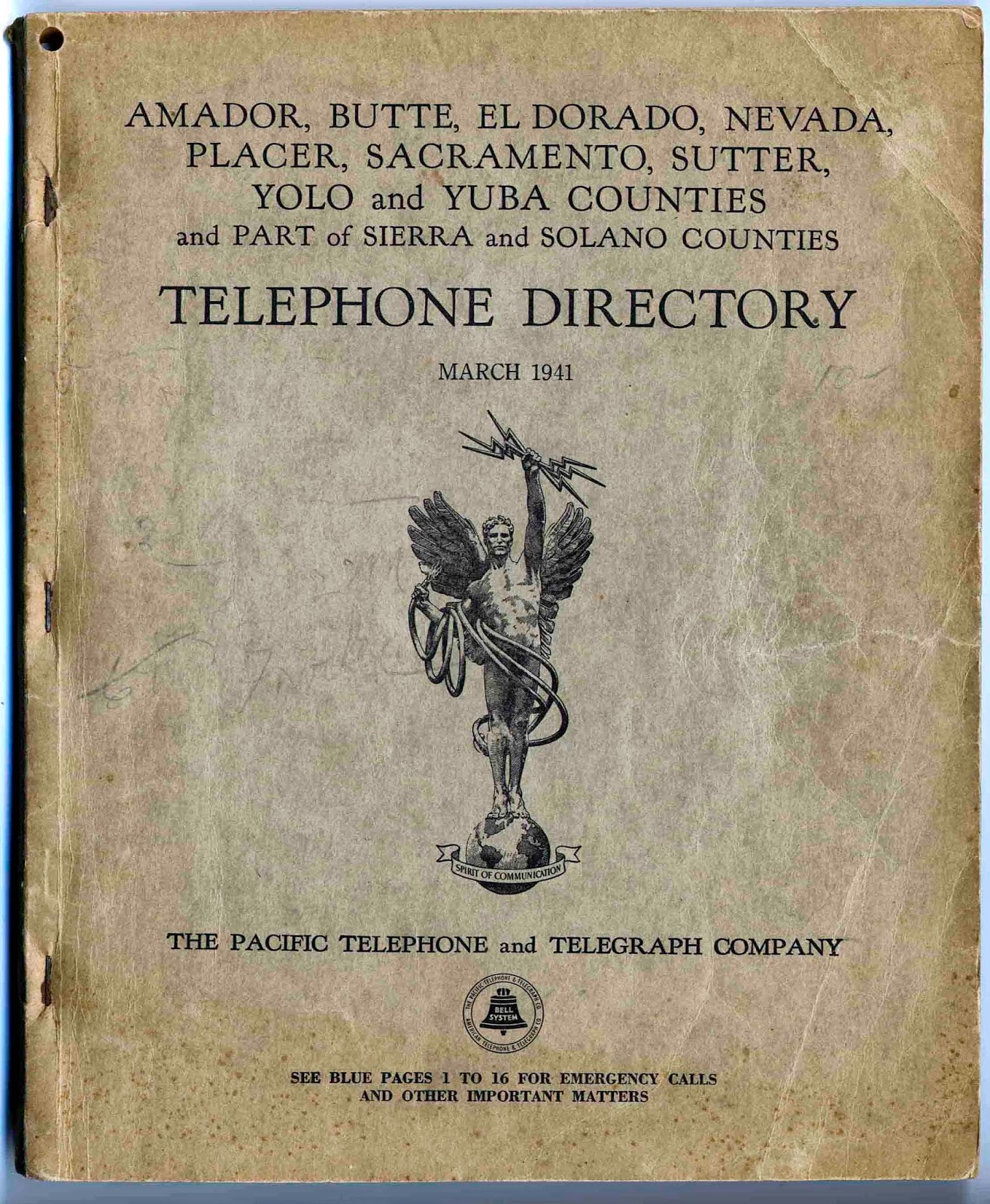 Put crudely but sharply, the events of the few years comprising WWII changed America from a land of “small” thinking and modest scale undertakings to a world of “mega” thinking and hyper-scale endeavors.

This was and is a transformation so huge that it is hard to believe and therefore to grasp.

One way we can try to get hold of the vast cognitive and social chasm between Small America and Mega America is closely to examine documents that portray the former at its fullest development just before its eclipse.


One such document is the ordinary telephone book.

When a copy of the March 1941 multiple-county volume containing Davis became available, I simply had to acquire and examine it. Here is Davis displayed only months away from December 7th of that year, the kick-off day for four-some years in which the platform for Mega America was built and from which it would spring.

The entire listing is displayed here in only two scans comprising a mere six full telephone book columns. The list is just shy of 600 entries long (583 by my count).

Although the list may be short, it contains many seeds of Mega America.

On the Campus side we see such soon-to-be luminary names as Asmundson, Briggs, Klieber, Leach, Storer, Toomey, Walker and Young (with major campus features later named for them).

On the Community side there is the cast of what will become historic figures, including Anderson, Brinley, Chiles, Covell, Lillard, Maghetti, McGuire, Plant, Rowe, Russell, Schmeiser, Scott. 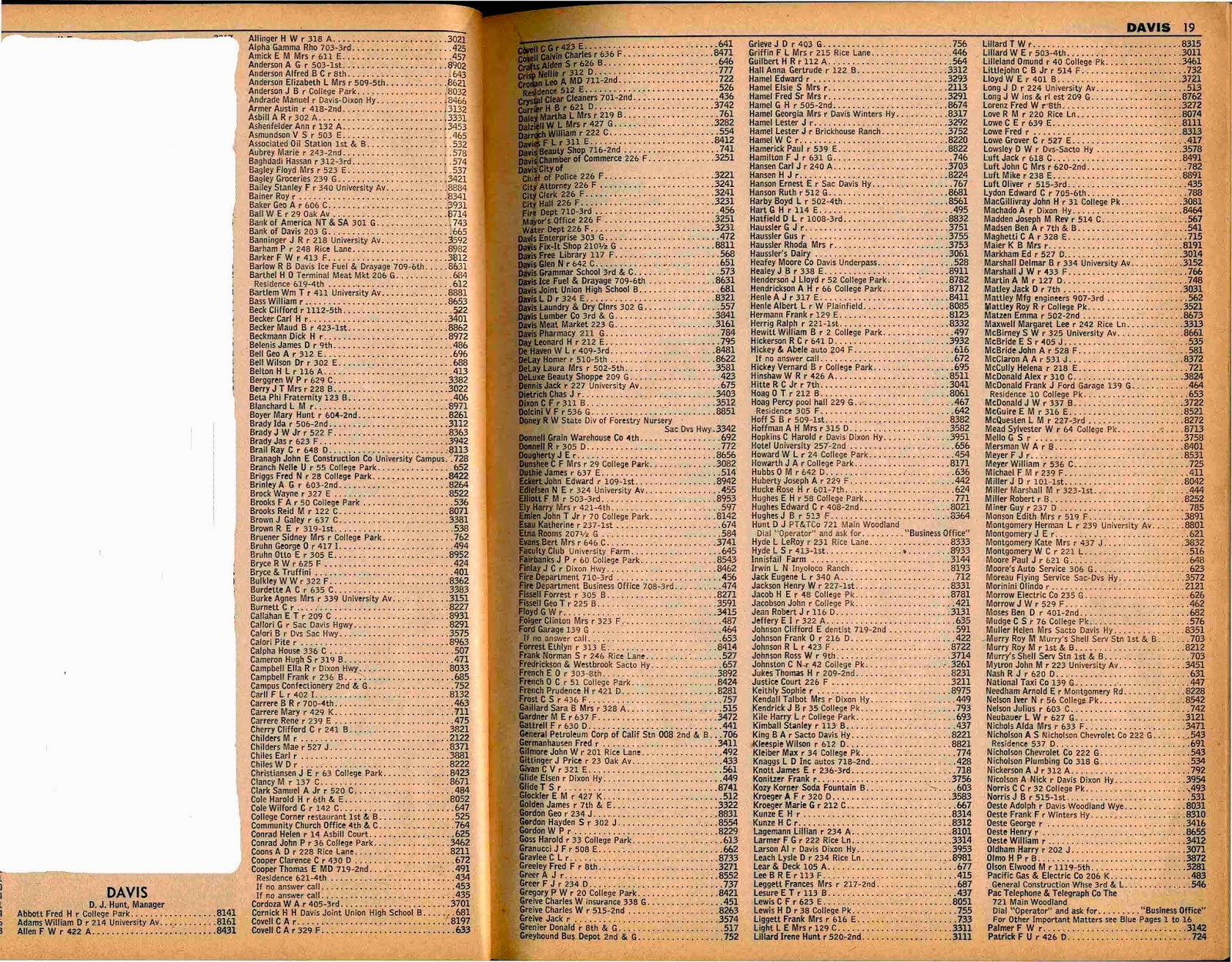 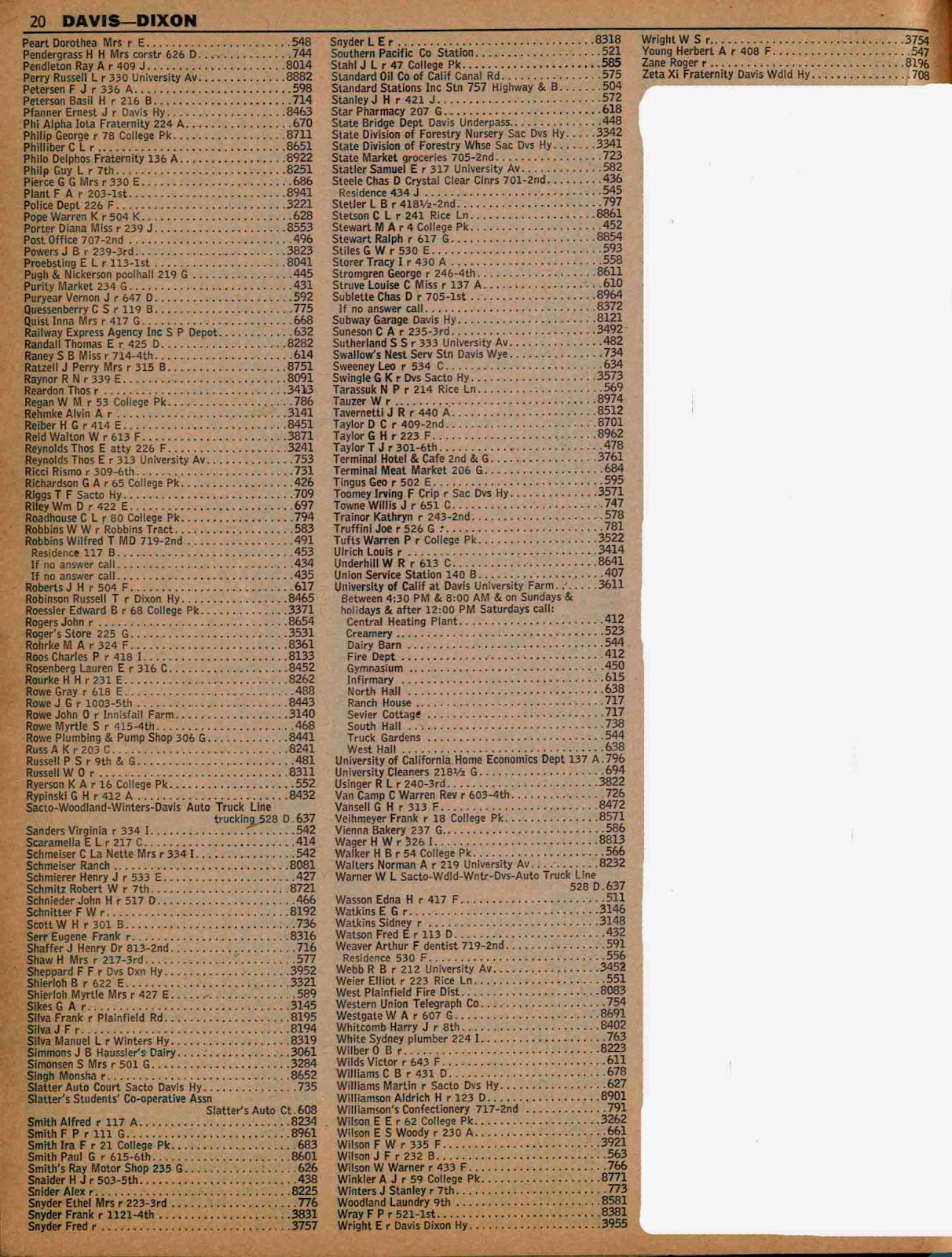 As chance would have it, about a year ago I posted on this blog the Davis telephone listing from November, 1952 (post number 99, February 3, 2013).

That date is close enough to 1950 to do a 1940 to 1950 decade comparison in telephone listings--and to compare these numbers to the decennial population of Davis as well.

These four numbers are shown in the accompanying table.  Reading across decades, we see the clear beginning of Mega America. The number of telephones has increased one and one-half times in a decade (150%) and the population of Davis has more than doubled (112% increase).

Although these are impressive increases in their era, they are nonetheless very small in the context of what is about to come: the burst that will be Mega Amercia, including, of course, Mega Davis. 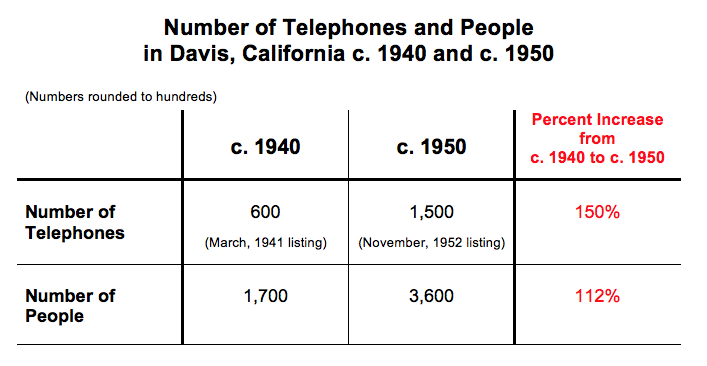