In the course of reading the 1974 Davis Enterprise for another project, Davis history scholar and enthusiast Hiram Jackson happened onto several reports on a farm worker strike near Davis and involving Davis in the fall of that year.

Interesting aspects of the strike include, in Hiram’s words, that the “UFW headquarters was in Davis and [that] two Davis City Council members, Bob Black and Dick Holdstock, were involved with UFW efforts, much to the annoyance of the growers.”


He has shared these reports with me and, with his permission, I present them here as a post.

The Davis Enterprise of August 13 prints a story containing the claim that Mayor Joe
Krovoza “is the second longest-serving mayor of Davis, at 3 1/2 years. Only Norman Woodbury, mayor from 1960-1964, served longer." 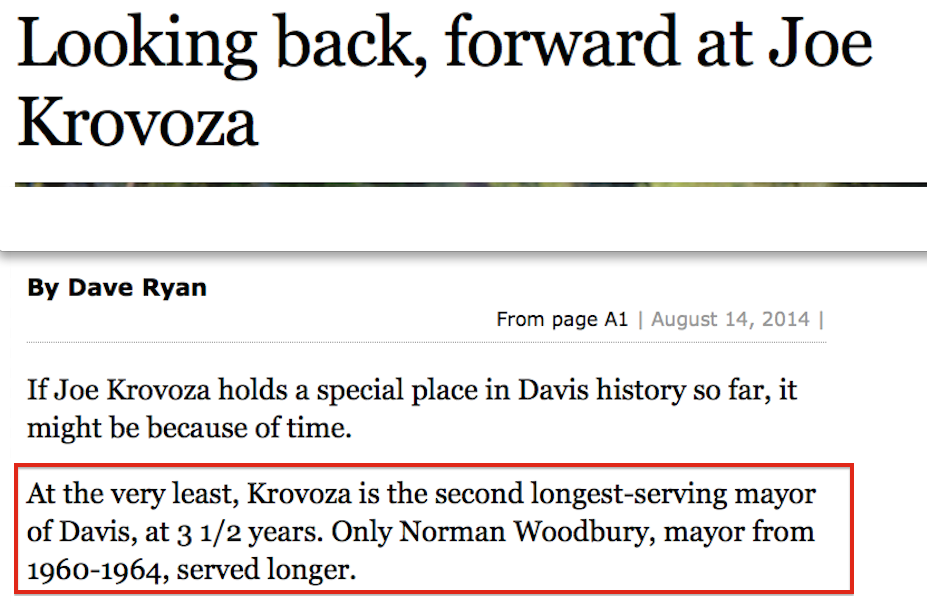 1. If one reads the term “longest-serving” to mean total years served as Mayor, these statements seemed to me at odds with the facts.

Puzzled, I consulted the City’s timeline of Davis city council members and counted that of the 31 people who have completed regular terms as mayors, six of them (19%) served in five or more different years.*

In addition, three people--including Woodbury and Krovozo--served in four different years--as did Maynard Skinner (10% of the 31 mayors).
Read more »
Posted by John Lofland at 9:15 AM

Email ThisBlogThis!Share to TwitterShare to FacebookShare to Pinterest
Labels: Mayors

Email ThisBlogThis!Share to TwitterShare to FacebookShare to Pinterest
Labels: Survey 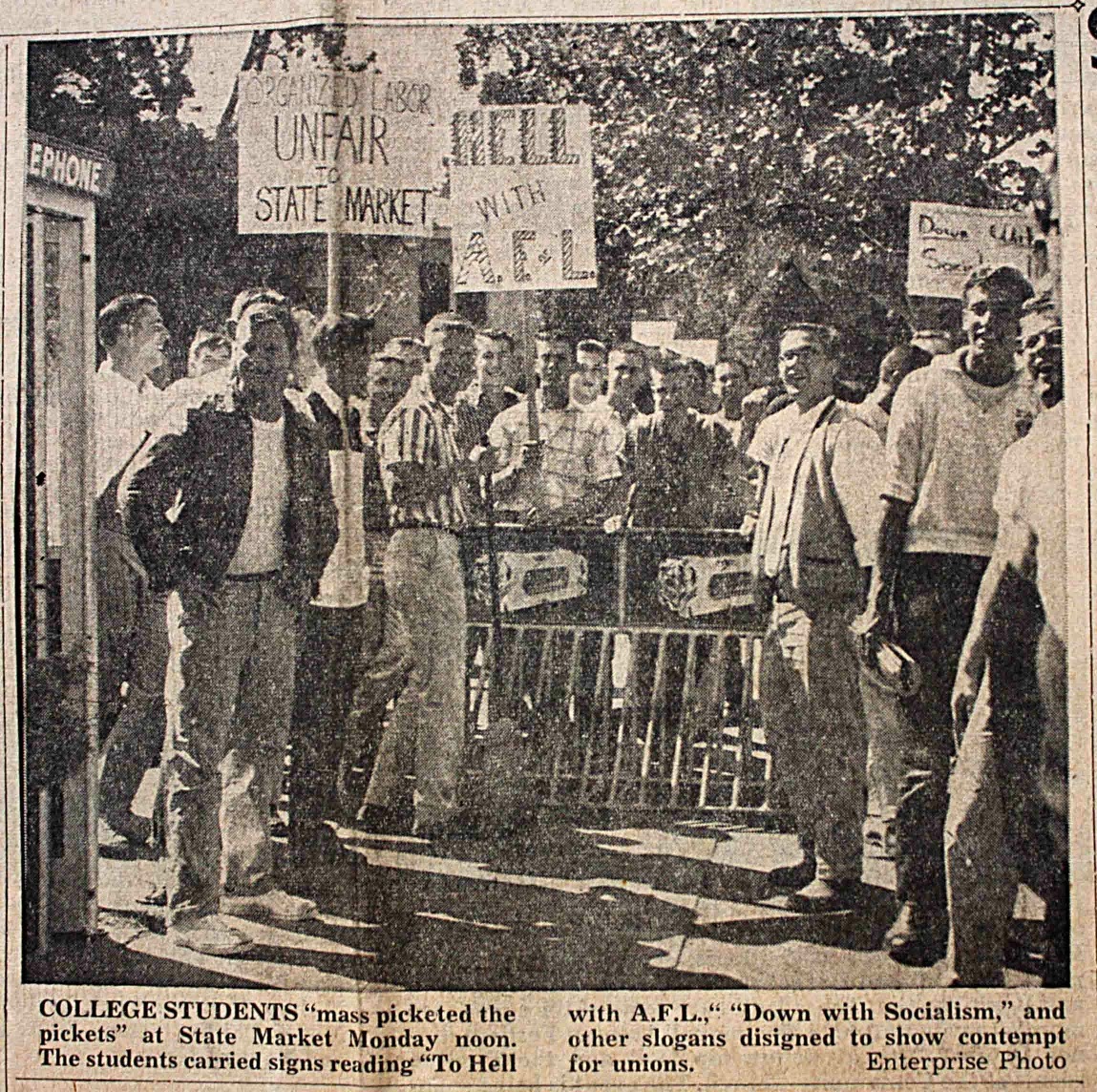 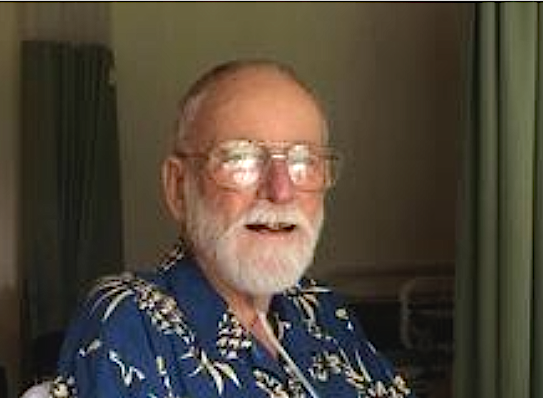 The Thursday July 31 edition of the Sacramento Bee publishes an obituary on Davis resident Richard Hastings that I reproduce here. As the Bee account makes clear, he was a foremost figure in Sacramento region historic preservation.

That obituary does not mention that Mr. Hastings was also a major and long-time activist in Davis historic preservation and Davis history endeavors.

I knew him only slightly and for a limited time, but he touched my heart with his gentle and deeply genuine advocacy.
Read more »
Posted by John Lofland at 8:08 AM