In the “slow/no” growth progressive era of the 1970s-80s, a large portion of Davisites was nonetheless quite “pro-growth” even if somewhat guarded and circumspect in public expressions on the matter. Progressives seemed to occupy the moral high ground, rendering vigorous pro-growth advocacy rather “politically incorrect.”

I was therefore particularly struck when I happened onto a December 21, 1978 Enterprise report on how a prominent Davis realtor was urging his colleagues to “wage war on city government intervention in business affairs” and lamenting the lack of pro-growth lobbying.

I suppose the social analytic question is: why, despite sufficient citizen support and monetary resources, were pro-growthers so often tepid and even timid in local politics? 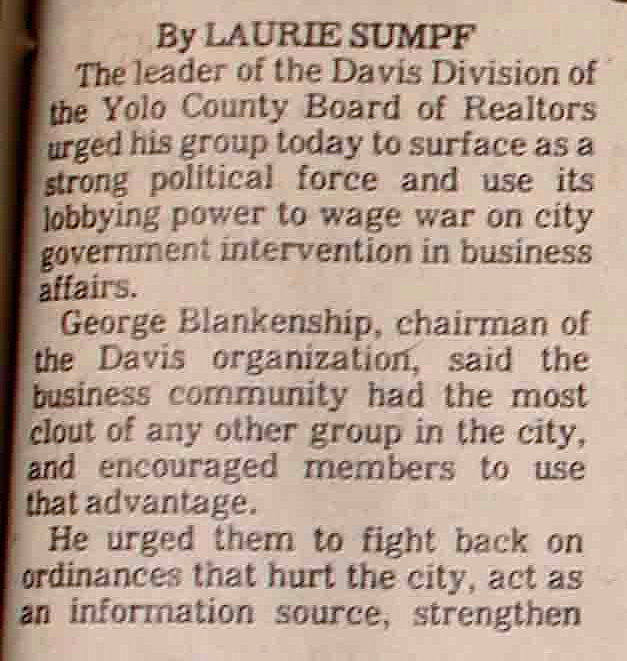