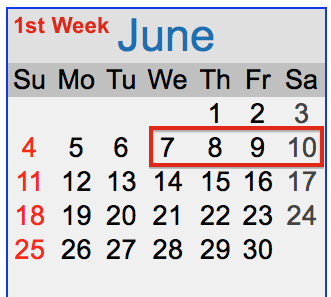 the first time this government has faced a “budget crisis.”

There has been at least one such event in the past--and one that was in some ways more interesting and dramatic than the current turmoil.

One large “kicker” in this June 6th vote was that the new reductions and constraints had to be reflected in next year’s budget. As it happened, the next budget year started July 1st. There were only 24 days in which to work-up some sort of newly compliant budget plan.

I want in this and the three posts that follow to present reproductions of Davis Enterprise reports that chronicle how the City of Davis and other groups responded to this need to make major budget changes in such a short period of time. (In comparison, current City of Davis budget woes are something of a slowmo sleep walk.)
I divide these 24 days into the four weeks of June they span and treat each week in a post. This post focuses on June 7th through the 10th. The other three follow in a weekly sequence.

Note on the Davis Enterprise Context. In these four posts, I reproduce almost two dozen stories on City of Davis Proposition 13 related actions appearing in the Enterprise. It is important also to report that these are only about half of all such reports published by the paper in that period.

Moreover, the Enterprise carried a large number of reports on Yolo County and school district scrambling responses to Proposition 13. As well, there are many stories on State of California actions and on other Prop 13 related matters.

All of this is to say that the materials presented in these four posts are but one ripple in a river of Prop 13 news in the June, 1978 Enterprise. (The 1978 Enterprise was an enormously larger paper staffed with many more reporters than the paper published in recent years.)