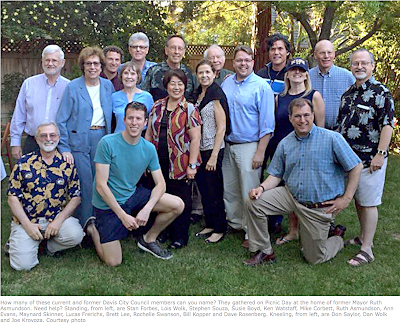 The 17 people pictured are 47% of the 36 elected since the earliest elected attendee (Mayard Skinner, 1966).

This is impressive and even more so when one subtracts the 5 elected who are deceased and the 8 who are alive but no longer living in Davis.

36 minus 5 deceased and 8 moved away leaves 23 likely attendees.

The 16 Davis resident attendees out of the 23 possible is an amazing 70 percent.

Such a percentage suggest a high degree of cohesion and camaraderie among that portion of the Davis political elite. 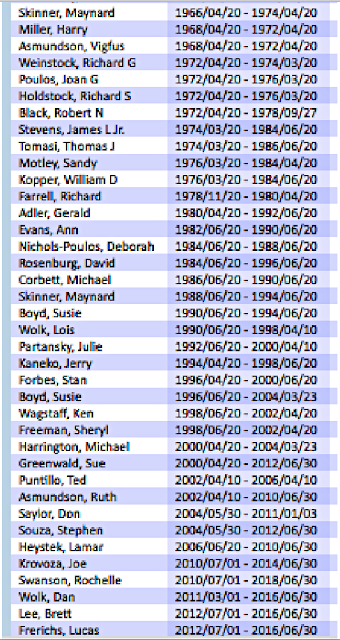