Explosive tract home growth over the ‘50s-‘70s meant that many areas of Davis were conspicuously “raw” at any given time, as seen in this 1973 shot of a Stanley Davis “Alpine” model (in the center) on Grinnell Drive abutting what will be the new Slide Hill Park.


As shown on the excerpt from the Davis Street Atlas, we are looking east and the photographer is standing in the to-be park. 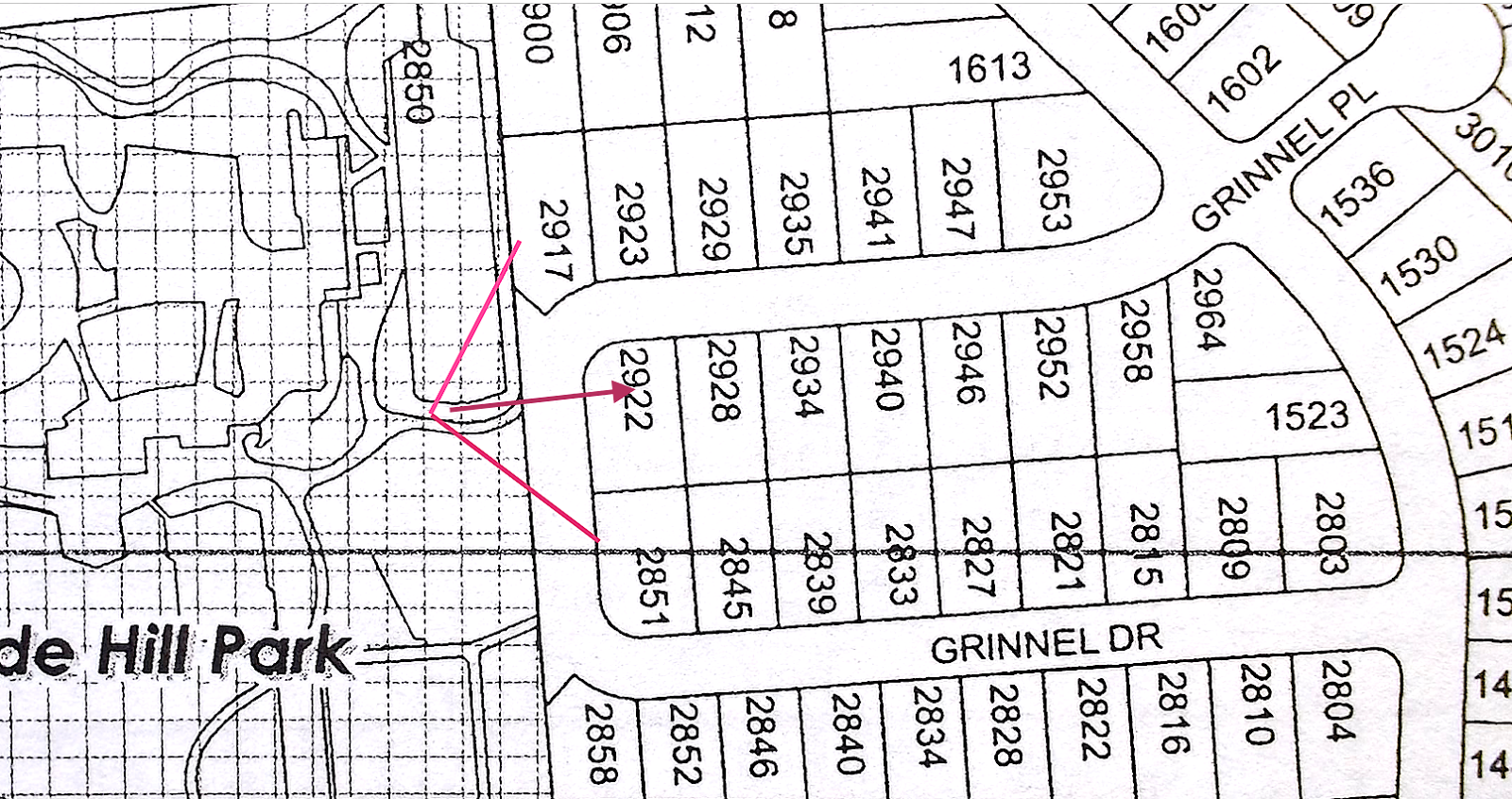 The second photo shows the same location, only 41 years later, in 2014.

A couple of observations. First, in the far distance of the 1973 shot we see a tall tree looming behind the Alpine model Stanley Davis home facing us. Although these homes were built on an open field, one home buyer “lucked out.” By an accident of nature she or he got a lone surviving tree in an otherwise barren landscape.

Second, my experience in taking decades-later pictures of scenes is Davis is that landscaping makes it almost impossible to see what was there originally--as is the case here.


I used to see this as an unfortunate thwarting of what I wanted to show. But more recently I have started to view landscape visual obstruction as a blessing. It is testament to just how much more pleasant people can make their environments.
Posted by John Lofland at 5:55 PM