Thursday evening April 23, 1931, the Davis Rotary Club staged a comedy show at the Varsity Theater on Second between G and F. The apparently all-male cast consisted of pretty much “everyone who was anyone” in Davis at that time, including Calvin Covell  and Chester Roadhouse attempting to perform other than their usual gender.

A rather detailed account of the event was printed in the Woodland Democrat of April 24, 1931 and discovered by the indefatigable Hiram Jackson, who sent me a copy. I have segmented, enlarged and “enhanced” the microfilm image for publication here. (A few sections are still difficult to read and may be upgraded.)


There are a fair number of interesting interpretative observations to make on this report, but I am going to forego them. However, if anyone is moved to write an interpretative analysis and send it to me, I would be happy to publish it, with author credit, here on Davis History Today.

By coincidence, in about the same year the leading males of Davis also made a group photo of themselves. So, we can also see pictures of a fair number of the participants in this show. With a list of their names, the photo is reproduced following the Democrat report. 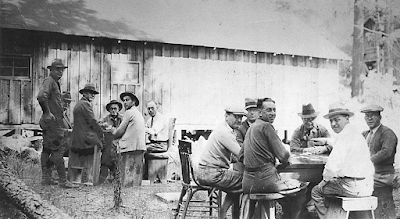 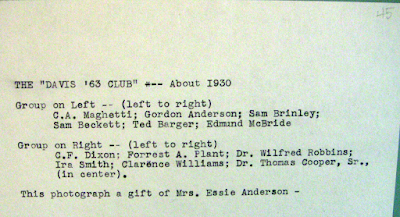 For further information on this photograph see: